The Battlemage is the eagerly awaited, action-packed third installment in Taran Matharu's Summoner series. Fletcher and his classmates from Vocans Academy including the elf Sylva and the dwarf Othello time-travel through the ether, pursued by Wyvern Riders and the albino orc, Khan. In a race against time to survive the ether's poison, they find clues about traitors in their midst, and Fletcher's demon, Ignatius, changes in ways neither anticipate. With plenty of duels, double-crosses, and even some romance, the team of Summoners faces their biggest challenge yet. Can they rebuild their world and broker peace? Find out in this thrilling young adult fantasy adventure. Praise for the Summoner series: The Inquisition: "A fast-paced, familiar tale with strong echoes of Tolkien, Pullman, and Pokemon." Kirkus Reviews The Novice: "A young orphan makes friends (and enemies) at a magic school in this solid series opener. Fletcher is appealing precisely because of his Everyman qualities: he is not the smartest or the strongest, but he is a loyal friend and a fierce fighter against injustice." Kirkus Reviews "The appealing characters, fast-paced plot, focus on racial politics, and interesting demon varieties (demonology addendum included) make this an enjoyable read." School Library Journal Titles in the Summoner series: The Novice The Inquisition The Battlemage 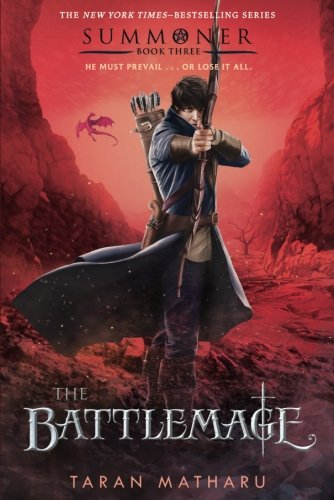 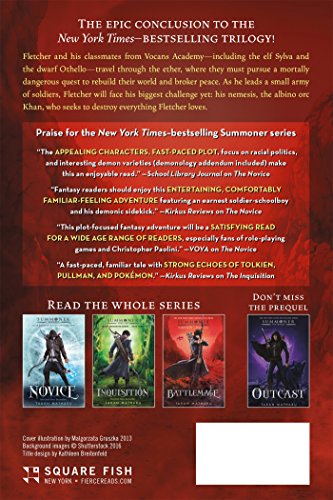