- Descripción:
Kristen Simmons' fast-paced, gripping YA dystopian series continues in Three.Ember Miller and Chase Jennings are ready to stop running. After weeks spent in hiding as two of the Bureau of Reformation's most wanted criminals, they have finally arrived at the safe house, where they hope to live a safe and quiet existence.And all that's left is smoking ruins. Devastated by the demolition of their last hope, Ember and Chase follow the only thing left to them―tracks leading away from the wreckage. The only sign that there may have been survivors. With their high profile, they know they can't stay out in the open for long. They take shelter in the wilderness and amidst the ruins of abandoned cities as they follow the tracks down the coast, eventually finding refugees from the destroyed safe house. Among them is someone from Chase's past―someone he never thought he'd see again.Banding together, they search for a place to hide, aiming for a settlement a few of them have heard about...a settlement that is rumored to house the nebulous organization known as Three. The very group that has provided Ember with a tiny ray of hope ever since she was first forced on the run.Three is responsible for the huge network of underground safe houses and resistance groups across the country. And they may offer Ember her only chance at telling the world her story. At fighting back. 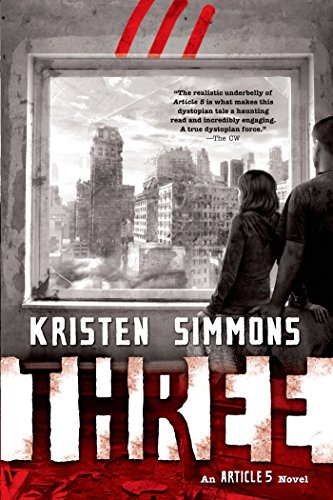 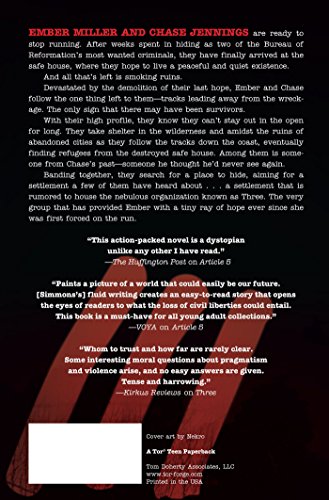 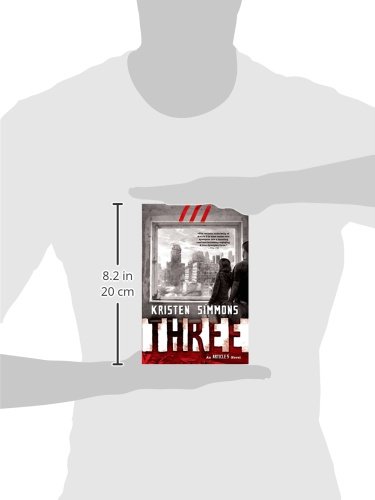