- Descripción:
aThe way Harrison has embedded his entire vision of our predicament implicitly in the particulars of two poetic lives, his own and Yesenins, is what makes the poem not only his best but one of the best in the past twenty-five years of American writing.aaHayden Carruth, SulfuraHarrison inhabits the problems of our age as if they were beasts into which he had crawled, and Letters to Yesenin is a kind of imaginative taxidermy that refuses to stay in place up on the trophy room wall, but insists on walking into the dining room.aaThe American Poetry ReviewJim Harrisons gorgeous, desperate, and harrowing acorrespondencea with Sergei Yeseninaa Russian poet who committed suicide after writing his final poem in his own bloodais considered an American masterwork.In the early 1970s, Harrison was living in poverty on a hardscrabble farm, suffering from depression and suicidal tendencies. In response he began to write daily prose-poem letters to Yesenin. Through this one-sided correspondence, Harrison unloads to this unlikely hero, ranting and raving about politics, drinking problems, family concerns, farm life, and a full range of daily occurrences. The rope remains ever present.Yet sometime through these letters there is a significant shift. Rather than feeling inextricably linked to Yesenins inevitable path, Harrison becomes furious, arguing about their imagined relationship: aIm beginning to doubt whether we ever would have been friends.aIn the end, Harrison listened to his own poems: aMy year-old daughters red robe hangs from the doorknob shouting Stop.a 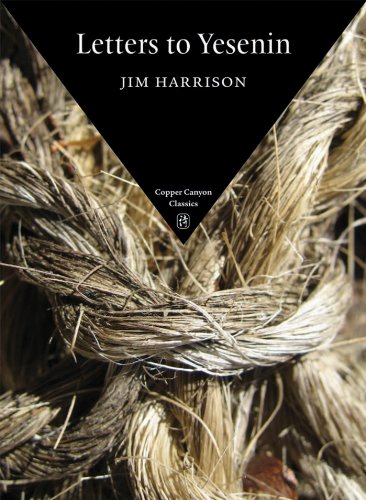 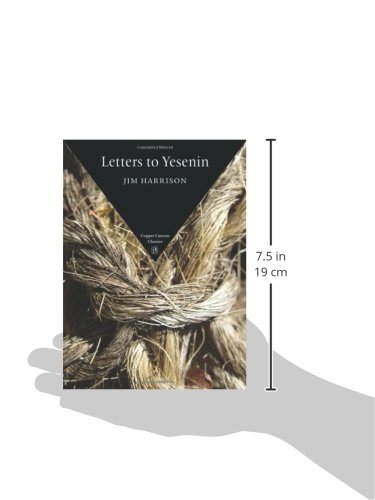