Boasting the first jazz instrumental to sell a million copies, the Paul Desmond-penned Take Five, Time Out captures the celebrated jazz quartet at the height of both its popularity and its powers. Recorded in 1959, the album combines superb performances by pianist Brubeck, alto saxophonist Desmond, drummer Joe Morrello and bassist Gene Wright. Along with Take Five, the album features another one of the groups signature compositions, Blue Rondo a la Turk. Though influenced by the West Coast-cool school, Brubecks greatest interest and contribution to jazz was the use of irregular meters in composition, which he did with great flair. Much of the bands appeal is due to Desmond, whose airy tone and fluid attack often carried the bands already strong performances to another level. Together, he and Brubeck proved one of the most potent pairings of the era. --Fred Goodman And now for possibly the most popular album in jazz history! Dave contributes to the notes in this hi-fi version; new photos, too. 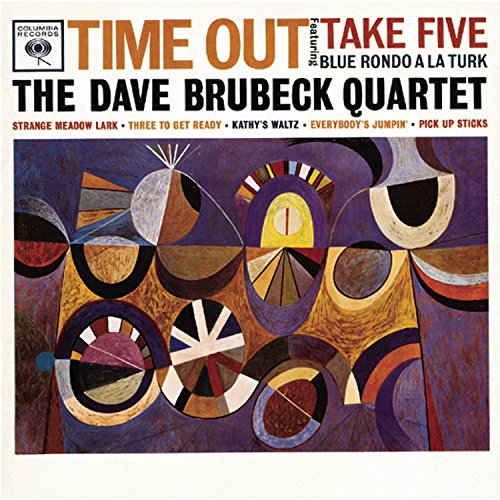 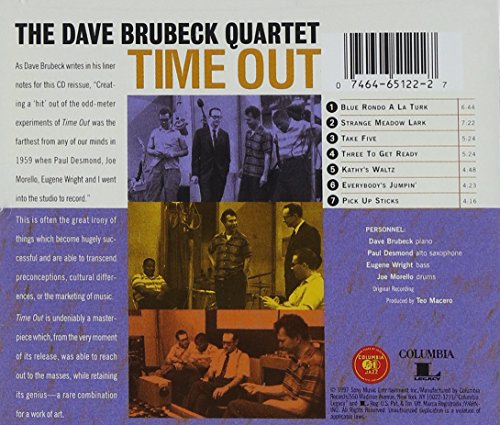