To imagine a metal world without Norway´s legendary Dimmu Borgir, seems quite unfathomable. Founded in 1993 by Shagrath, Silenoz and Tjodalv, the Oslo trio infernale quickly gained momentum in the underground scene. Although they might have started as a pitch-black pioneer of the Norwegian black metal scene, theyve quickly evolved into a hybrid of a beast, incorporating symphonic elements and other musical influences where few other bands dared to wander. The band has evolved, both musically and lineup-wise, over the years, and Dimmu Borgir increased their status as a massive audience-draw along the way with a succession of classic albums throughout the late-90s and 2000s. In 2011 the band topped it all off with a sold-out performance in their hometown of Oslo, performing with the Norwegian Radio Orchestra and a full scale choir. The band has been on hiatus for some years and recently announced that their first release in 2017 will be the highly anticipated audio document of this magnificent show, Forces Of The Northern Night. Prepare for two slabs of raging symphonic black metal comprised of songs from different eras of the band. 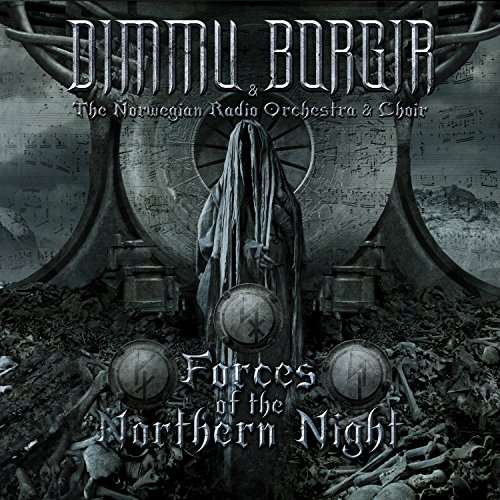