These include the mambo version of the classic Summertime by Edmundo Ros and the rare Decca recording of Her Bathing Suit Never Got Wet by the Andrews Sisters. Rockabilly classics should not be missed, such as Derrell Felts Its A Great Big Day, Jerry Lee Lewis with Milkshake Mademoiselle and Joey Weltz Shore Party! The Rarities Parade is led here by Donny Baker with his rare version of the classic Drinkin Wine Spo-Dee-O-Dee! Some of the songs will be released on CD for the first time, such as Sun Glasses by The Shades with the Knott Sisters! Some surf rock rarities from the early 60s complete the package. Included is a 24-page color booklet with accompanying text and many rare pictures and memories! Dreaming of the most beautiful season Although traveling on holiday is currently falling into the distance and while we are preparing to spend the summer holidays at home, the daydreams of summer and sun, of distant countries, of flourishing nature and bathing lakes, of beaches and the sea remain. A good support for these dreams is this extraordinary compilation. Specific songs on the subject from the years 1946 to 1964, rocking the jukebox in the dairy bar and of course monumentally singing about summer love. It is the perfect soundtrack for your barbecue in the back garden! Party! Party! Party! Party! Putting this CD together was a party in itself! Starting with the three bikini mermaids, June, July And August at the pool party, which continues a little later down at the beach with the Shore Party... get the wave, Surf n Stomp, plus Annette Funicellos Bikini Beach Party! Music to dance to, music to feel so good. Whether on the beach or in the living room: Hot music for the hot season! 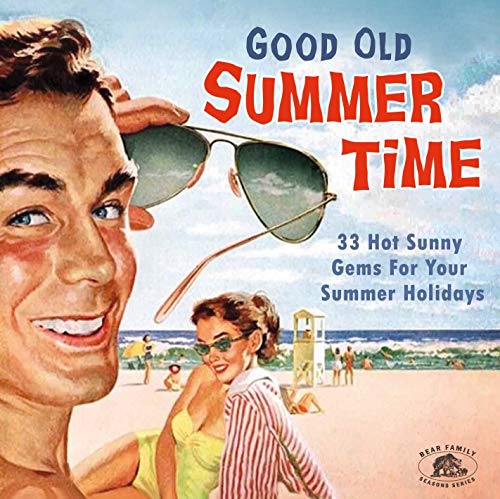 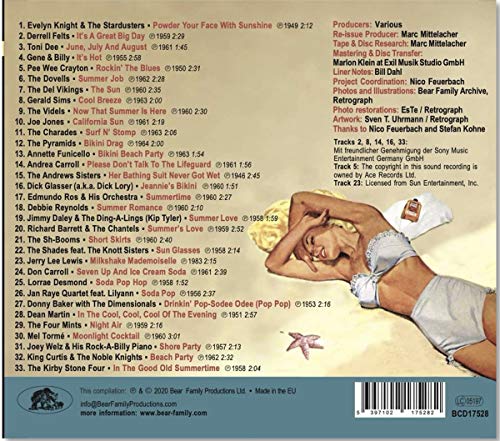