Tenor saxophonist Joe Henderson (1937-2001) was the elliptical alternative to John Coltrane and Wayne Shorter when these sessions were recorded in 1969 on the Milestone label under Orrin Keepnews production, with Miles Davis sidemen: Herbie Hancock and Ron Carter on electric and acoustic piano and bass and drummer Jack DeJohnette. Their jazz-fusion sound is evident on the super-bopped Afro-Centric and the ostinato-anchored title track, which both featured the little-known trumpeter Mike Lawrence. The angular, radioactive blues Isotope and the lilting waltz Black Narcissus, which debuted on this date, are two of the leaders compositional contributions to the jazz canon. The standard Lazy Afternoon and Ron Carters darkly moody Opus One-Point Five are the only non-Henderson contributions. The last track, the pianoless, spontaneously-created Foresight and Afterthought (An Impromptu Suite), previews the groundbreaking trio recordings Henderson made for the Blue Note and Verve labels in the 1980s and 90s, when his genius was fully appreciated. --Eugene Holley, Jr. One of the top albums in the tenor saxmans catalog, with a dream band of Herbie Hancock, Ron Carter and Jack DeJohnette! Includes the original version of Black Narcissus . From 1969. 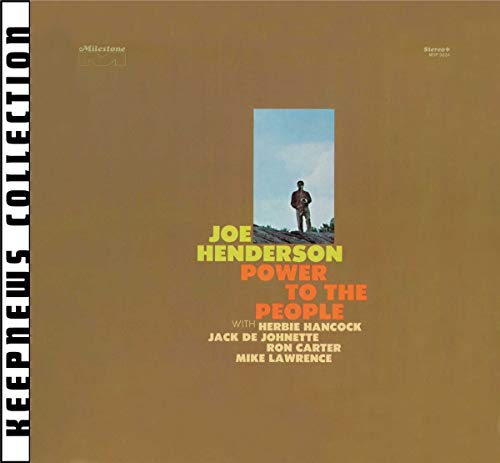 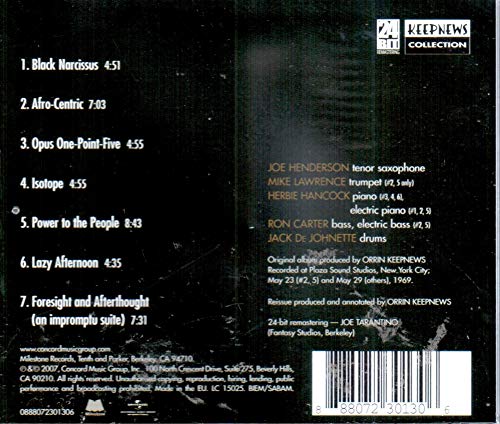