2008 release featuring the complete studio master takes by the Thelonious Monk Quartet and Septet featuring John Coltrane plus a bonus long Blues performance from the same sessions (minus Monk) and an outstanding alternate take of Off Minor. After returning from his trip to Philadelphia, in mid-1957, Coltrane accepted Monks offer and joined his band for a period of six months. They played at New Yorks Five Spot Cafe in a quartet format, which included bassist Ahmed Abdul Malik and drummer Shadow Wilson, in addition to Monk and Trane. Despite the exquisite quality of the bands music, it yielded relatively few studio recordings in formats ranging from the septet to the quartet. Although all the musicians play beautifully here, what is perhaps most interesting is the presence of both John Coltrane and Coleman Hawkins on tenor sax playing in the same session. Even if the Thelonious Monk Quartet with John Coltrane on tenor sax was Monks regular group for half a year, their studio records are limited to what is included on this release. 11 tracks. Essential Jazz Classics. 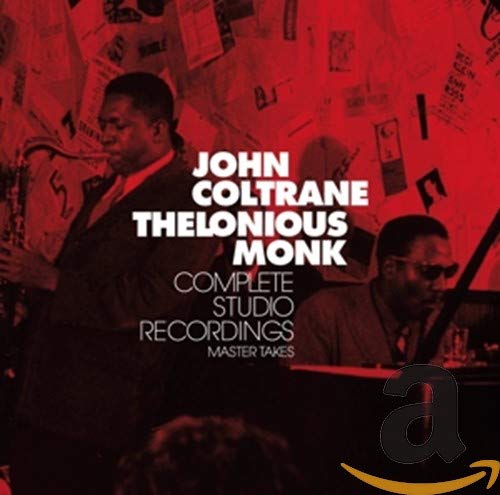 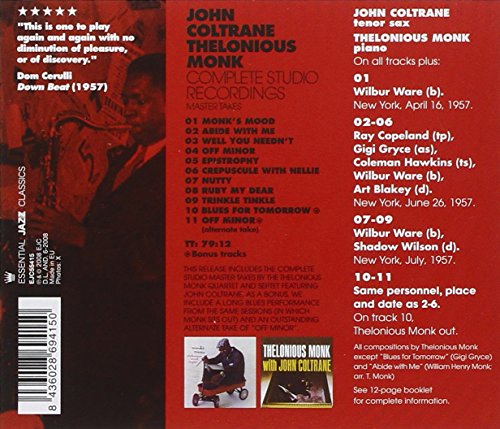