The authoritative account of the rise of Amazon and its intensely driven founder, Jeff Bezos, praised by the Seattle Times as the definitive account of how a tech icon came to life. started off delivering books through the mail. But its visionary founder, Jeff Bezos, wasnt content with being a bookseller. He wanted Amazon to become the everything store, offering limitless selection and seductive convenience at disruptively low prices. To do so, he developed a corporate culture of relentless ambition and secrecy thats never been cracked. Until now. Brad Stone enjoyed unprecedented access to current and former Amazon employees and Bezos family members, giving readers the first in-depth, fly-on-the-wall account of life at Amazon. Compared to techs other elite innovators -- Jobs, Gates, Zuckerberg -- Bezos is a private man. But he stands out for his restless pursuit of new markets, leading Amazon into risky new ventures like the Kindle and cloud computing, and transforming retail in the same way Henry Ford revolutionized manufacturing.The Everything Store is the revealing, definitive biography of the company that placed one of the first and largest bets on the Internet and forever changed the way we shop and read. Review Winner of the Financial Times and Goldman Sachs Business Book of the Year AwardChosen as a Best Book of the Year by the Washington Post, Forbes, The New Republic, The Economist, Bloomberg,and Gizmodo, and as one of the Top 10 Investigative Journalism Books by Nieman ReportsMr. Stone tells this story with authority and verve, and lots of well-informed reporting.... A dynamic portrait of the driven and demanding Mr. Bezos. -- Michiko Kakutani, New York TimesEngrossing.... Stones long tenure covering both Bezos and Amazon gives his retelling a sureness that keeps the story moving swiftly. -- New York Times Book ReviewJeff Bezos is one of the most visionary, focused, and tenacious innovators of our era, and like Steve Jobs he transforms and invents industries. Brad Stone captures his passion and brilliance in this well-reported and compelling narrative. -- Walter Isaacson, author of Steve JobsStones account moves swiftly and surely. -- New York Times Book Review, Editors ChoiceThe Everything Store is a revelatory read for everyone--those selling and those sold to--who wants to understand the dynamics of the new digital economy. If youve ever one-clicked a purchase, you must read this book. -- Steven Levy, author of Hackers and In the PlexA deeply reported and deftly written book.... Like Steven Levys In the Plex: How Google Thinks, Works, and Shapes Our Lives, and Gates: How Microsofts Mogul Reinvented an Industry -- and Made Himself the Richest Man in America by Stephen Manes and Paul Andrews, it is the definitive account of how a tech icon came to life. -- Seattle TimesStones book, at last, gives us a Bezos biography that can fit proudly on a shelf next to the best chronicles of Americas other landmark capitalists. -- ForbesStones tale of the birth, near-death, and impressive revival of an iconic American company is well worth your time. -- Matthew Yglesias, SlateAn engaging and fascinating read.... An excellent chronicle of Amazons rise.... A gift for entrepreneurs and business builders of the new generation. -- Business InsiderOutstanding.... An authoritative, deeply reported, scoopalicious, nuanced, and balanced take that pulls absolutely no punches. -- Adam Lashinsky, FortuneFair-minded, virtually up-to-the-minute history of the retail and technology behemoth and the prodigious brain behind it.... Stones inside knowledge of a company ordinarily stingy with information is evident throughout the book.... Stone presents a nuanced portrait of the entrepreneur, especially as he sketches in Bezos unusual family history and a surprising turn it took during the writing of the book. His reporting on the Kindles disruption of tradi 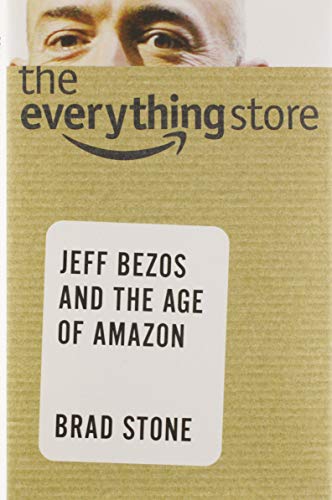 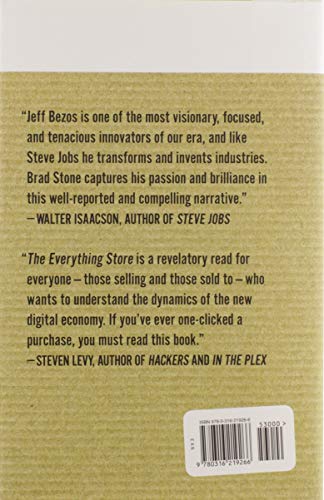 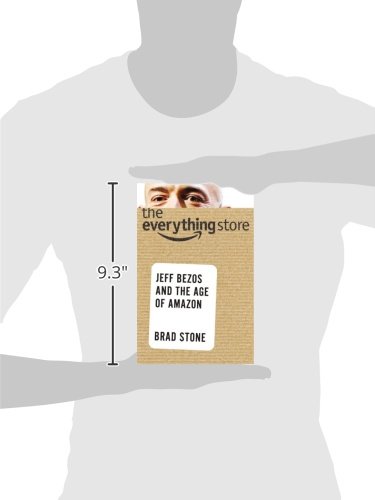