#1 New York Times bestseller Susan Elizabeth Phillips returns to her beloved Chicago Stars series with a romance between a Chicago Stars quarterback and one of the world’s greatest opera singers—and a major diva. “Re-entering the world of the Chicago Stars is like a beloved friend come to call.” — #1 New York Times bestselling author Robyn Carr Thaddeus Walker Bowman Owens, the backup quarterback for the Chicago Stars, is a team player, talented sideline coach, occasional male underwear model, and a man with a low tolerance for Divas. Olivia Shore, international opera superstar, is a driven diva with a passion for perfection, a craving for justice, too many secrets—and a monumental grudge against the egotistical, lowbrow jock she’s been stuck with. It’s Mozart meets Monday Night Football as the temperamental soprano and stubborn jock embark on a nationwide tour promoting a luxury watch brand. Along the way, the combatants will engage in soul-searching and trash talk, backstage drama and, for sure, a quarterback pass. But they’ll also face trouble as threatening letters, haunting photographs, and a series of dangerous encounters complicate their lives. Is it the work of an overzealous fan or something more sinister? This is the emotional journey of a brilliant woman whose career is everything and a talented man who’ll never be happy with second place. Tender and funny, passionate and insightful, this irresistible romantic adventure proves that anything can happen…when two superstars collide. 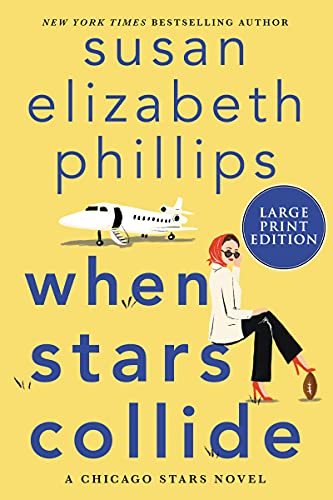