“Second First Impressions is the warmest, coziest, sweetest book of the year, an absolutely perfect blend of humor and heart. I want to live inside Sally Thorne’s brain.” —Emily Henry, New York Times bestselling of Beach Read From the USA Today bestselling author of The Hating Game, soon to be a movie starring Lucy Hale and Austin Stowell, and 99 Percent Mine comes the clever, funny, and unforgettable story of a muscular, tattooed man hired as an assistant to two old women—under the watchful eye of a beautiful retirement home manager. Dazzle (n): Brightness that blinds someone temporarily. Position Vacant: Two ancient old women residing at Providence Retirement Villa seek male assistant for casual exploitation and good-natured humiliation. Duties include boutique shopping, fast-food fetching, and sincerely rendered flattery. Good looks a bonus—but we aren’t picky. An advertisement has been placed (again!) by the wealthy and eccentric Parloni Sisters. The salary is generous and the employers are 90 years old, so how hard could the job be? Well, none have lasted longer than a week. Most boys leave in tears. Ruthie Midona will work in Providence’s front office, and be at the Parloni’s beck and call, forever. That’s sort of her life plan. If Ruthie can run the place in her almost-retired bosses’ absence, with no hijinks/hiccups, she has a shot at becoming the new manager. She might also be able to defend her safe little world from Prescott Development, the new buyer of the prime site. Maybe after all that, she can find a cute guy to date. All she needs to do is stay serious—and that’s what she does best. Until, one day, someone dazzling blows into town. Teddy Prescott devotes his life to sleeping, tattooing, and avoiding seriousness. When Teddy needs a place to crash, he makes a deal with his developer dad. Teddy can stay in one of Providence’s on-site maintenance cottages—right next door to an unimpressed Ruthie—but only if he works there and starts to grow up. Ruthie knows how this sweetly selfish rich boy can earn his keep—and be out of her hair in under a week. After all, there is a position vacant… 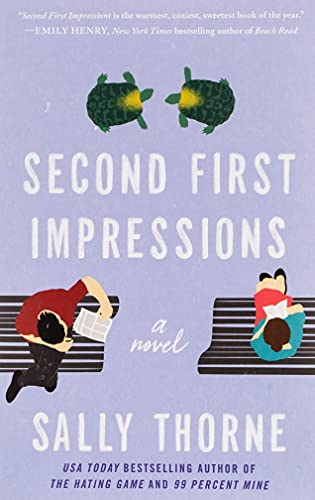 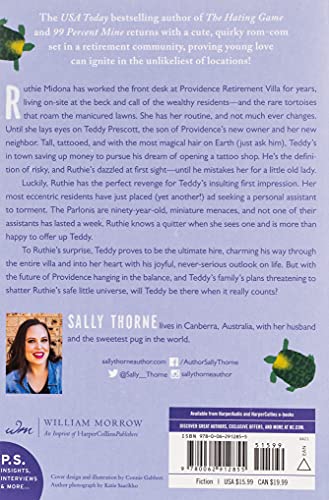