Civilization and Its Discontents is a book by Sigmund Freud. It was written in 1929 and first published in German in 1930 as Das Unbehagen in der Kultur (“The Uneasiness in Civilization”). Exploring what Freud sees as the important clash between the desire for individuality and the expectations of society, the book is considered one of Freud’s most important and widely read works, and one of the most influential and studied books in the field of modern psychology. About the Author Sigmund Freud (1856 - 1939) was an Austrian neurologist and the founder of psychoanalysis, a clinical method for treating psychopathology through dialogue between a patient and a psychoanalyst. Freud was born to Galician Jewish parents in the Moravian town of Freiberg, in the Austrian Empire. He qualified as a doctor of medicine in 1881 at the University of Vienna. Upon completing his habilitation in 1885, he was appointed a docent in neuropathology and became an affiliated professor in 1902. Freud lived and worked in Vienna, having set up his clinical practice there in 1886. In 1938 Freud left Austria to escape the Nazis. He died in exile in the United Kingdom in 1939. 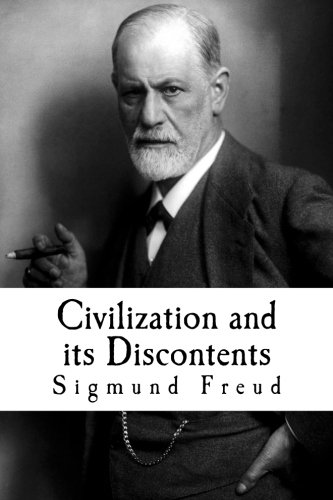 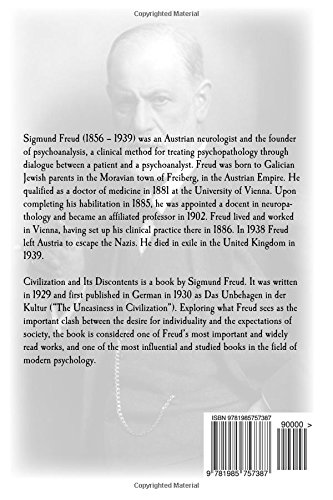