The field of gerontology has often been criticized for being data-rich but theory-poor. The editors of this book address this issue by stressing the importance of theory in gerontology. While the previous edition focused on multidisciplinary approaches to aging theory, this new edition provides cross-disciplinary, integrative explanations of aging theory: The contributors of this text have reached beyond traditional disciplinary boundaries to partner with researchers in adjacent fields in studying aging and age-related phenomena. This edition of the Handbook consists of 39 chapters written by 67 internationally recognized experts in the field of aging. It is organized in seven sections, reflecting the major theoretical developments in gerontology over the past 10 years. Special Features: Comprehensive coverage of aging theory, focusing on the biological, psychological, and social aspects of aging A section dedicated to discussing how aging theory informs public policy A concluding chapter summarizing the major themes of aging, and offering predictions about the future of theory development Required reading for graduate students and post doctoral fellows, this textbook represents the current status of theoretical development in the study of aging. From the Back Cover 602 About the Author Vern L. Bengtson, PhD, is AARP/university professor of gerontology emeritus and research professor, Edward R. Roybal Institute on Aging, School of Social Work, University of Southern California, Los Angeles, California. A senior statesman in gerontology, Bengtson is a world-recognized expert on the sociology of the life course, family sociology, social psychology, ethnicity and aging. He has been elected as president of the Gerontological Society of America and has been granted two MERIT awards for research from the National Institutes of Health. He has written or edited 17 books and published more than 260 research papers. Early in his career, Bengtson started the Longitudinal Study of Generations, a multigeneration and multidisciplinary investigation of families, aging, and social change, which now is in its 45th year of data collection from more than 350 multigenerational families. He has received research awards from the Gerontological Society of America, the American Sociological Association, the American Psychological Association, the National Council on Family Relations, and the Society for the Scientific Study of Religion. As the lead editor on the two prior editions of the Handbook of Theories of Aging, and coeditor of the book that preceded them, Emergent Theories of Aging, Dr. Bengtson has led the charge to transform gerontology into a field that is rich in both data and theories. 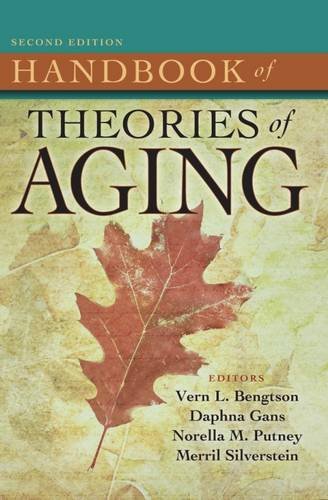 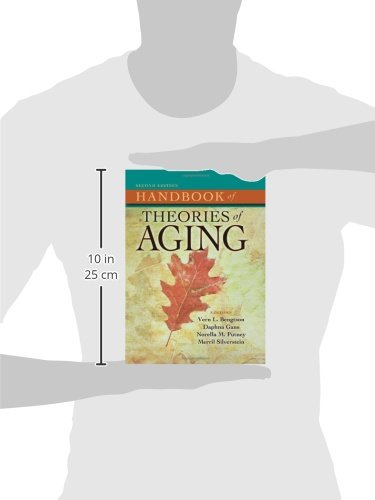