Explore 60 of the best rail-trails and multiuse pathways across three states with this official guide. All across the country, unused railroad corridors have been converted to public multiuse trails. In this official guide, the experts from Rails-to-Trails Conservancy present the best of these rail-trails, as well as other multiuse pathways, in Northern New England. Tour Maine’s Eastern Promenade Trail, showcasing Portland’s Casco Bay and Portland Harbor. Enjoy picturesque countryside on the Northern Rail Trail New Hampshire’s longest rail-trail. Take a ride along Vermont’s Island Rail Trail, which boasts a spectacular marble causeway crossing Lake Champlain. Whether you’re on feet, wheels, or skis, you’ll love the variety in this collection of multiuse trails from beautiful waterways and scenic areas to the hustle and bustle of the states’ urban centers! In this book, you’ll find: Detailed maps for every rail-trail, plus driving directions to trailheads Icons indicating the activities each trail can accommodate Succinct descriptions written by rail-trail experts “You can now throw away all your self-help books on fighting depression, losing weight, toning muscles, finding something to do with your kids, and learning American history. Just use this guide, find a great trail and enjoy!” Peter Harnik, Director, Center for City Park Excellence, Trust for Public Land About the Author Rails-to-Trails Conservancy is a nationwide nonprofit dedicated to converting former railroad corridors to public, multiuse recreational trails that offer easy access to runners, hikers, bicyclists, skaters, wheelchair users, and equestrians. It serves as the national voice for more than 160,000 members and supporters, more than 23,000 miles of open rail-trails across the country, and more than 8,000 miles of potential trails waiting to be built with a goal of ensuring a better future for America made possible by trails and the connections they inspire. To find out more about Rail-Trails, check out the Conservancys official website at railstotrails.org. Excerpt. © Reprinted by permission. All rights reserved. Aroostook Valley Trail In the far northeast reaches of Maine, this trail offers a rustic ride through quaint towns and remote areas. The Aroostook Valley Trail gets as much use from ATV riders and snowmobilers as it does from mountain bikers as it winds through the forests and potato farms of northeastern Maine. It’s so far north that the United States and United Kingdom both laid claims to the area in the late 1830s in a dispute dubbed the Pork and Beans War, which ended without combat. The rail-trail takes its name from the Aroostook Valley Railroad. (Local tribes translate Aroostook to “beautiful river.”) A lumber baron built the railroad in 1910 to haul logs to his Presque Isle sawmill and used the river to generate electricity to power the railroad to Washburn. Over the years, it expanded to Caribou and New Sweden and provided full freight and passenger service, though it hauled more freshly picked potatoes than anything else. Switching to diesel in the 1940s, the line struggled until it ended operations in 1996. Today the 28.8-mile trail connects with the Bangor & Aroostook Trail (see page 15) in Washburn and is part of the Interconnected Trail System, which comprises thousands of miles of ATV and snowmobile track in the state. Although it passes through four towns with food and lodging, most of the trail is remote, and travelers need to pack for backcountry emergencies. Note that in addition to snowmobiling and snowshoeing, dogsledding is permitted. Starting at a riverside park on US 1 in Presque Isle, the largest town along the route, the trail follows the south bank of the Aroostook River. (A private ATV and snowmobile route heads east for 23 miles toward the Canadian border along the Canadian Pacific Railroad right-of-way.) You’ll head through second-growth forests of spruce, fir, beech, poplar, 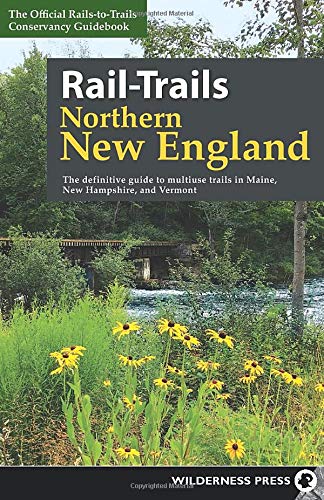 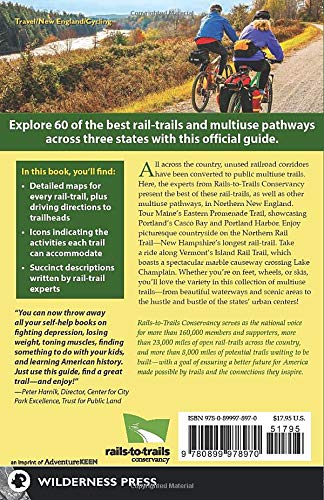