Increasing Multicultural Understanding, Third Edition provides the necessary tools to foster positive and productive relationships among culturally diverse populations. Authors Don C. Locke and Deryl F. Bailey encourage readers to explore their own cultural background and identity, and in the process, begin to better understand others. A best-seller in the first and second editions, this revised and expanded third edition continues to present its classic framework for critical observation with at least 10 elements, including: the history of oppression, religious practices, family structure, degree of acculturation, poverty, language and the arts, racism and prejudice, sociopolitical factors, child-rearing practices, and values and attitudes. About the Author Don C. Locke (Ed.D., Ball State) is Distinguished Professor Emeritus at NC State University, and Retired Director of Diversity and Multiculturalism at the University of North Carolina at Asheville. He was Director of the Asheville Graduate Center (2000-2005) and Director of the North Carolina State University doctoral program in Adult and Community College Education at the Asheville Graduate Center (1993-2005). Immediately prior to moving to the Asheville Graduate center in July 1993, he was Professor and Head of the Department of Counselor Education at North Carolina State University in Raleigh, where he was named Alumni Distinguished Graduate Professor in 2003. He began his career as a high school social studies teacher in Fort Wayne, Indiana where he also worked as a high school counselor for two years. He earned his doctorate at Ball State University in 1974. He has been active in state, regional, and national counseling organizations. Prior professional service includes President of the North Carolina Counseling Association, Chair of the Southern Region Branch of American Counseling Association, President of the Southern Association of Counselor Education and Supervision, member of the American Counseling Association Governing Council, Chair of the Counseling and Human Development Foundation (1994-96), Associate Editor of the Mental Health Counselors Journal (1993-96), President of Chi Sigma Iota International, and President of the Association for Counselor Education and Supervision. Dr. Locke is the recipient of the Ella Stephens Barrett Leadership Award from the North Carolina Counseling Association (1990), the Professional Development Award from the American Counseling Association (1996), and the Professional Recognition Award from the American Counseling Association Foundation (1998). He is the author or co-author of more than 125 publications, with a focus on multicultural issues. His 1992 book, Increasing Multicultural Understanding, was a SAGE Publications Best Seller, and the second edition was released in 1998. The second edition of Psychological Techniques for Teachers was published in 1995. His co-authored book, Culture and Diversity Issues in Counseling was published in 1996. His co-edited book, The Handbook of Counseling, was published in 2001. He is active in the Buncombe County North Carolina area and holds life memberships in Alpha Phi Alpha Fraternity, NAACP, American Counseling Association, and Association for Counselor Education and Supervision. He is married to Marjorie Myles Locke and they are the parents of two adult daughters. Deryl F. Bailey (Ph.D., University of Virginia) is an Associate Professor at the University of Georgia. He earned B.S. and Master’s degrees from Campbell University, and his Education Specialist and Ph.D. degrees from the University of Virginia. He believes strongly in the power of education and is committed to advocating for equitable opportunities to promote positive and successful educational experiences for all young people. He is an accomplished professional and published scholar in the areas of school counseling, multicultural counseling, and adolescent development with a special emphasis 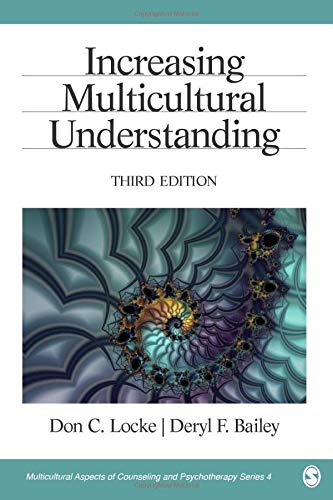 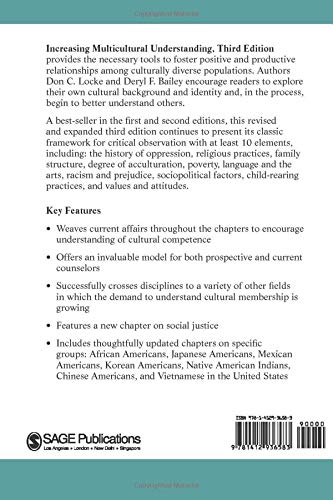