Winner of the Los Angeles Times Book Prize With a new preface by the author In his most powerful and important book, renowned psychiatrist Robert Jay Lifton presents a brilliant analysis of the crucial role that German doctors played in the Nazi genocide. Now updated with a new preface, The Nazi Doctors remains the definitive work on the Nazi medical atrocities, a chilling expose of the banality of evil at its epitome, and a sobering reminder of the darkest side of human nature. Review A powerful reminder not only of what happened, but of the monumental evil done by particular human beings who were trained to heal and cure. Robert Coles, Boston Globe This is not only one of the most important works on medical ethics yet written. It also breaks through the frontiers of historiography to provide a convincing psychological interpretation of the Third Reich and the crimes of National Socialism. No one will be able in my view to write perceptively about those times in the future without referring to this interpretation. Neal Ascherson, New York Review of Books A must read.... The book as a whole stands without competition in the English language. Raul Hilberg, author of Destruction of the European Jews This profound study ranks with the most insightful books on the Holocaust. Publishers Weekly About the Author Robert Jay Lifton is a lecturer in Psychiatry at Columbia University and distinguished professor emeritus of psychiatry and psychology at the City University of New York. He has previously taught at Yale and Harvard medical schools. A leading American Psychiatrist, Lifton is the author of many widely acclaimed works, including Death in Life: Survivors of Hiroshima, winner of the National Book Award. 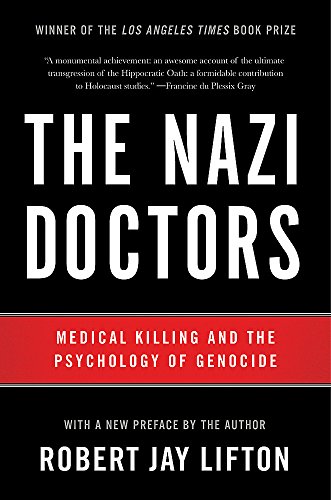