Socrates, Plato, Descartes, Spinoza, Mesmer, William James, Pavlov, Freud, Piaget, Erikson, and Skinner. Each of these thinkers recognized that human beings could examine, comprehend, and eventually guide or influence their own thought processes, emotions, and resulting behavior. The lives and accomplishments of these pillars of psychology, expertly assembled by Morton Hunt, are set against the times in which the subjects lived. Hunt skillfully presents dramatic and lucid accounts of the techniques and validity of centuries of psychological research, and of the methods and effectiveness of major forms of psychotherapy. Fully revised, and incorporating the dramatic developments of the last fifteen years, The Story of Psychology is a graceful and absorbing chronicle of one of the great human inquiries-the search for the true causes of our behavior. Review “A magnificent traversal of an infinitely fascinating landscape by one of the great science writers of our time.”- Chicago Tribune“The definitive guide to those wishing to grasp man’s search to understand the mind.”- The Chattanooga News-Free Press“Masterful. . . . A story of psychology that is deep, wide, and, by turns, flowing, curious, familiar, surprising, intriguing.”- Contemporary Psychology“A tour de force of popular exposition.”- Publishers Weekly About the Author Morton Hunt is an award winning science writer who has writen for The New Yorker, The New York Times Magazine, and Harpers among many other publications. He is the author of The Natural History of Love, and The Universe Within. He lives in Gladwyne, PA. Excerpt. © Reprinted by permission. All rights reserved. ONETheConjecturersThe Glory That Was Greece“In all history,” the philosopher Bertrand Russell has said, “nothing is so surprising or so difficult to account for as the sudden rise of civilization in Greece.”Until the sixth century b.c., the Greeks borrowed much of their culture from Egypt, Mesopotamia, and neighboring countries, but from the sixth to the fourth centuries they generated a stupendous body of new and distinctive cultural materials. Among other things, they created sophisticated new forms of literature, art, and architecture, wrote the first real histories (as opposed to mere annals), invented mathematics and science, developed schools and gymnasiums, and originated democratic government. Much of subsequent Western culture has been the lineal descendant of theirs; in particular, much of philosophy and science during the past twenty-five hundred years has been the outgrowth of the Greek philosophers’ attempts to understand the nature of the world. Above all, the story of psychology is the narrative of a continuing effort to answer the questions they first asked about the human mind.It is mystifying that the Greek philosophers so suddenly began to theorize about human mental processes in psychological, or at least quasi-psychological, terms. For while the 150 or so Greek city-states around the Mediterranean had noble temples, elegant statues and fountains, and bustling marketplaces, living conditions in them were in many respects primitive and not, one would suppose, conducive to subtle psychological inquiry.Few people could read or write; those who could had to scratch laboriously on wax tablets or, for permanent records, on strips of papyrus or parchment twenty to thirty feet long wrapped around a stick. Books-actually, hand-copied scrolls-were costly, rare, and awkward to use.The Greeks, possessing neither clocks nor watches, had but a rudimentary sense of time. Sundials offered only approximations, were not transportable, and were of no help in cloudy weather; the water clocks used to limit oratory in court were merely bowls filled with water that emptied through a hole in about six minutes.Lighting, such as it was, was provided by flickering oil lamps. A few of the well-to-do had bathrooms with running water, but most people, lacking water to wash with, 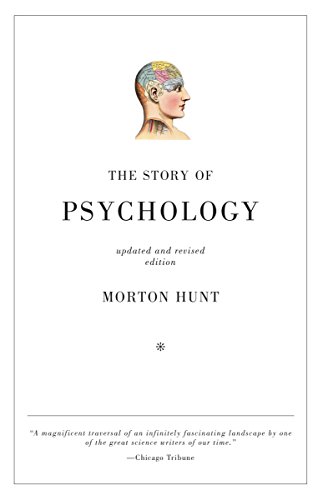