Light On Yoga is a classic text on the philosophy and practice of Yoga.Light On Yoga is a definitive guide about Yoga, a rigorous discipline for attaining physical, mental, and spiritual well-being. It is aimed at beginners as well as advanced practitioners of Yoga. The book begins a foreword by Yehudi Menhuin, a famous violinist and a friend of the author. It is divided into three parts. The first part contains an introduction to Yoga, tracing its historical origin to ancient India. The second part is dedicated to yogasanas, bandhas, and kriyas. It covers numerous asanas or poses in great detail. Each asana is illustrated by a photograph. This is followed by step-by-step instructions that will help with perfecting the asana. The benefits of each pose, the ailments it cures, and the precautions it requires are also included. The third part of the book is dedicated to the concept of Pranayama, a form of yogic breathing. It covers the technique of pranayama, its precautions, its effects, and its types. The book ends with two appendices. The first one provides the sequence in which the asanas are to be performed. The second appendix recommends specific asanas for targeting and curing specific diseases. Light On Yoga was first published in 1966. Since then, it has been considered to be a must-have for serious practitioners of Yoga. It has been translated into sixteen languages including German, Hebrew, Korean, and Italian. This particular edition is a 2004 reprint by Thorsons. It has been updated to bring a cleaner and more structured look to the original classic. Review This is one of the finest books on yoga however i dont recommend this for a beginner or someone who just wants to get a basic idea of Yoga as this book is a very detailed study of Yoga. --By Amazon_user on 28 March 2017 This is a book I am using as guide for my practice since 1993. Though I do simple asanas only, the book has been excellent guide. I have over the years I have collected other books on yoga. I always return to this book when in doubt. --By N. Udaya Shankar on 14 January 2017 The Book is Very light weight and it is really good if you one wants to know about Ashtanga Yoga and Hatha Yoga, All information is there and more than 200 Asanas with Pics so you wont regret buying it. --By Amazon Customer on 14 February 2017 About the Author B.K.S. Iyengar has been teaching and demonstrating yoga for more than 50 years. He has several million students and has established centres all over the world. 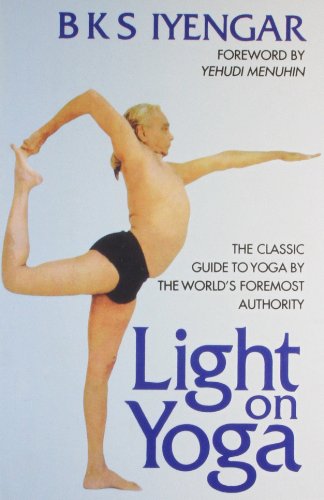 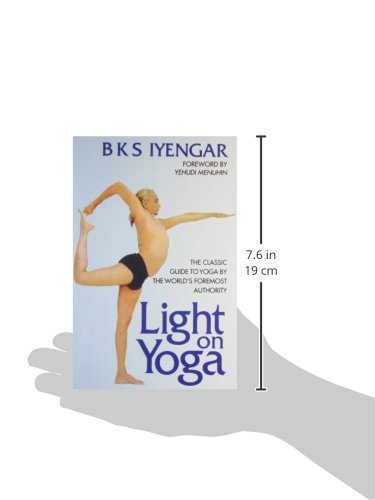