Mental toughness is esssential for elite human performance and especially in high stress situations. While mental toughness is a singular value in both military and law enforcement training and missions, too often, there is a disconnect between tallking about and actually training it. Warrior MindSet defines mental toughness and describes its critical need and function in the face of the performance degrading effects of combat, mission or response stress. Warrior MindSet provides the psychological skills that comprise mental toughness to optimze performance, success, safety and survival in the field. About the Author Dr. Michael Asken is the psychologist for the Pennsylvania State Police where he is involved with selection and training of Troopers. He functions as the psychologist for the PSP Special Emergency Response Team for both the tactical operators and crisis negotiators. He is involved with cadet performance issues at the Pennsylvania State Police Academy. He is on the Editorial Board of the The FireArms Instructor. He has written articles for PoliceOne ., SWAT Digest, The Crisis Negotiator, The Tactical Edge, Law Officer, The Bulletin of the Pennsylvania Chiefs of Police, and the FireArms Instructor. Mike is an instructor for Top Gun undercover narcotics agent training. He has consulted with and/or provided training for the National Tactical Officers Association, Eastern States Vice Investigators Association, the International Association of Law Enforcement Firearms Instructors, the New England Crisis Negotiator s Association, the International Association of Chiefs of Police, the Pennsylvania Attorney General s Agents, the Pennsylvania Tactical Officers Association, the Naval ROTC Battalion at Villanova University, the United States Postal Inspection Service, the FBI, the United States Army War College and Naval Special Warfare Group. Mike holds a B.A. degree in Social & Behavioral Sciences from the Johns Hopkins University. He completed his doctoral degree in Clinical Psychology with a minor in Medical Psychology at West Virginia University and served his internship at the East Orange (New Jersey) Veterans Administration Hospital. Loren W. Christensen is a Vietnam veteran, a retired police officer with 29 years of law enforcement experience, and a martial artist since 1965. His police experience includes working gang enforcement, street patrol, intelligence, the training division and dignitary protection. As a martial artist, Loren has earned 11 black belts: 8th dan in karate, 2nd dan in jujitsu, and a 1st dan in arnis. 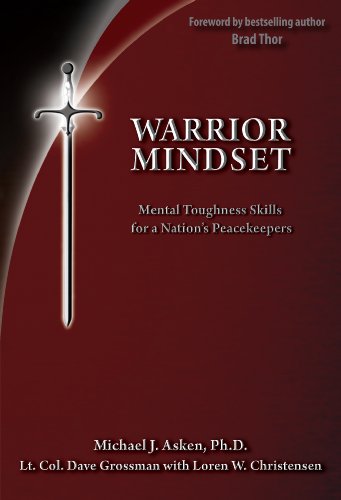 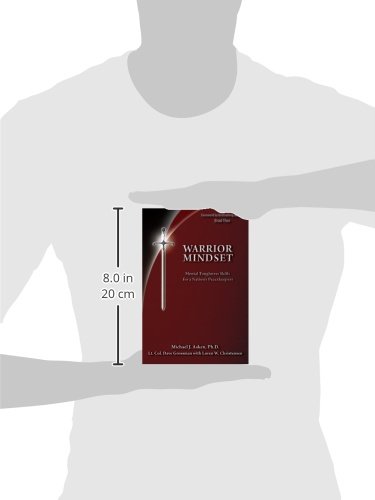 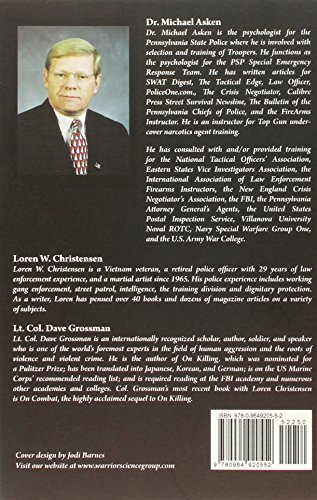