In early summer 1982--winter in the South Atlantic--Argentina's military junta invades the Falklands. Within days, a British Royal Navy Task Force is assembled and dispatched. This is the story of D Squadron, 22 SAS, commanded by Cedric Delves. The relentless tempo of events defies belief. Raging seas, inhospitable glaciers, hurricane-force winds, helicopter crashes, raids behind enemy lines--the Squadron prevailed against them all, but the cost was high. Eight died and more were wounded or captured. Holding fast to their humanity, D Squadron's fighters were there at the start and end of the Falklands War, the first to raise a Union Jack over Government House in Stanley. Across an Angry Sea is a chronicle of daring, skill and steadfastness among a tight-knit band of brothers; of going awry, learning fast, fighting hard, and winning through. 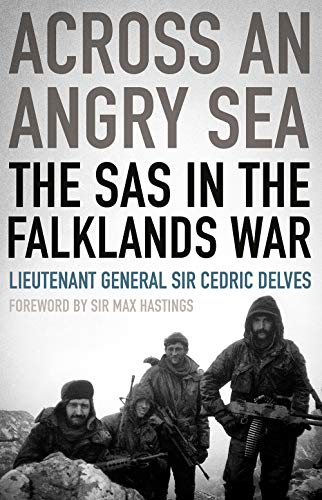