- Descripción:
The production of 'human waste' - or more precisely, wasted lives, the 'superfluous' populations of migrants, refugees and other outcasts - is an inevitable outcome of modernization. It is an unavoidable side-effect of economic progress and the quest for order which is characteristic of modernity. As long as large parts of the world remained wholly or partly unaffected by modernization, they were treated by modernizing societies as lands that were able to absorb the excess of population in the 'developed countries'. Global solutions were sought, and temporarily found, to locally produced overpopulation problems. But as modernization has reached the furthest lands of the planet, 'redundant population' is produced everywhere and all localities have to bear the consequences of modernity's global triumph. They are now confronted with the need to seek - in vain, it seems - local solutions to globally produced problems. The global spread of the modernity has given rise to growing quantities of human beings who are deprived of adequate means of survival, but the planet is fast running out of places to put them. Hence the new anxieties about 'immigrants' and 'asylum seekers' and the growing role played by diffuse 'security fears' on the contemporary political agenda. With characteristic brilliance, this new book by Zygmunt Bauman unravels the impact of this transformation on our contemporary culture and politics and shows that the problem of coping with 'human waste' provides a key for understanding some otherwise baffling features of our shared life, from the strategies of global domination to the most intimate aspects of human relationships. 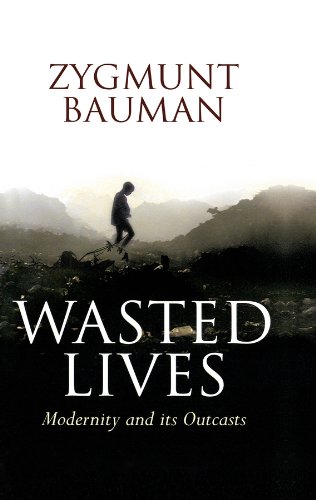